Spring is finally arriving here in Canada, and this week I felt like celebrating with some cheerful, bright flowers! Tulips are my go-to bloom at this time of year, but there is such an abundance of spring flowers from which to choose. With a little trial and error, I created a simple spring floral centrepiece in yellow, orange, red, and white to get our house in the mood for spring time!

Last Wednesday I went grocery shopping (which means I came home with $60 worth of groceries and $15 in flowers). I had had a rough day and really just needed spring. I set about preparing my haul. 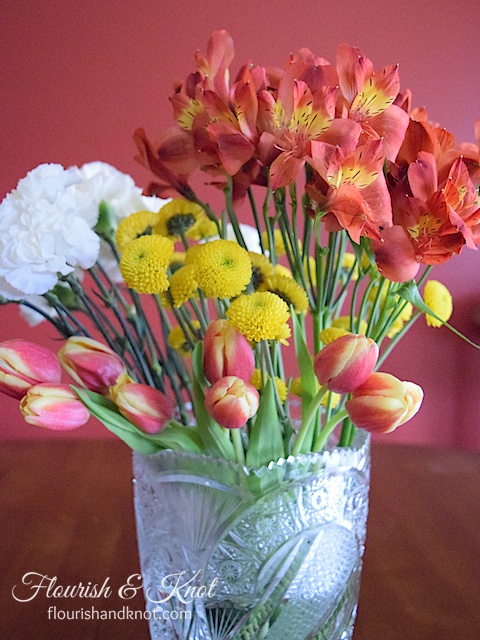 Tulips, alstromeria, carnations, and mini mums. All was right with the world.

And then I began arranging them.

Would I do a bouquet? 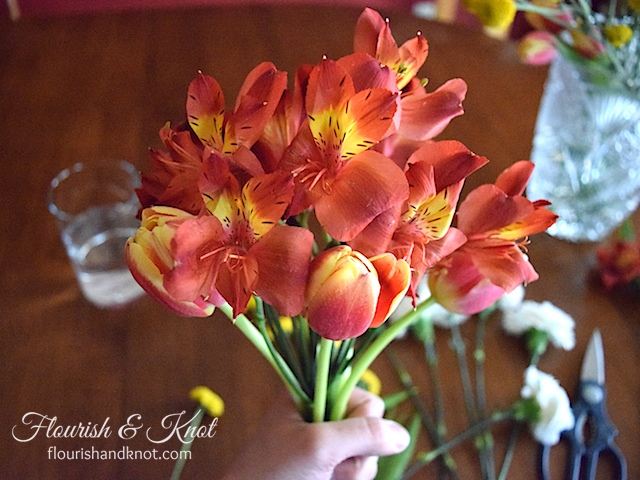 Hmm, not quite right. Ok, let’s try something else. 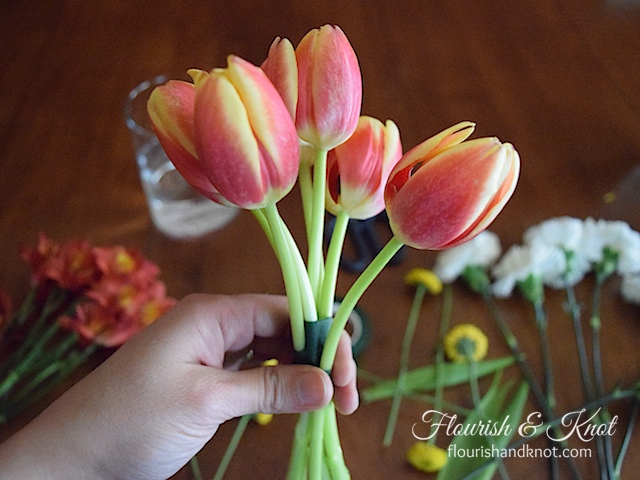 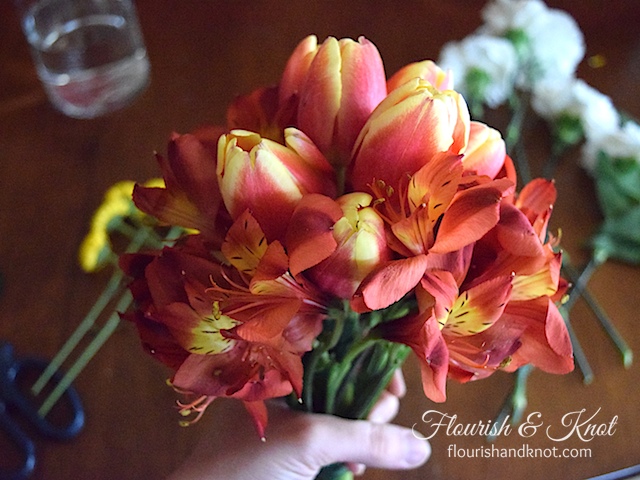 Again, it was just not sitting right.

It was around this point that everything completely fell apart (literally and figuratively). Of course, that was also the moment Erick came home and I dissolved into a big puddly mess of the-world-hates-me-why-won’t-these-flowers-arrange-themselves. I’m not proud of it. It wasn’t a pretty picture, to say the least.

He ignored me and went about his business. Which is generally the recommended response to this kind of DIY drama. In a fit of pique, I smashed some soaked Oasis into a green bowl. 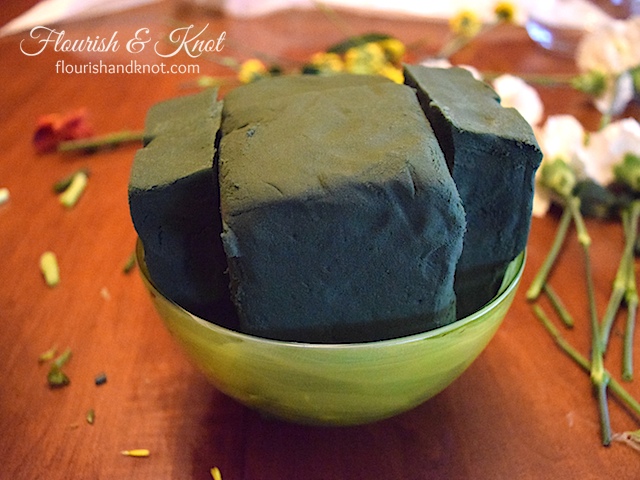 As I muttered dark and vaguely threatening thoughts, I began arranging the carnations around the base of the foam. 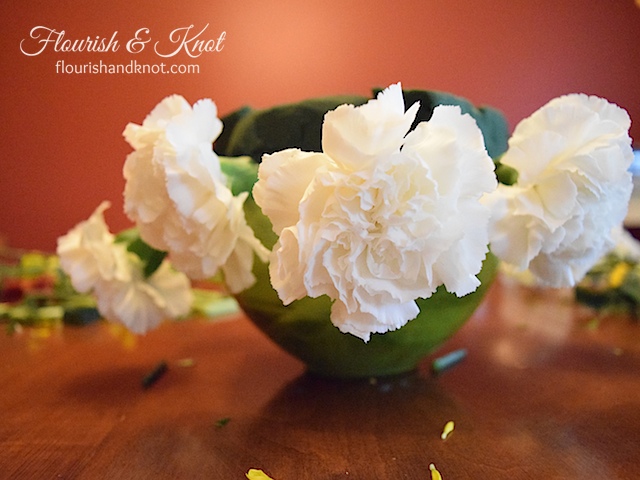 I jabbed some tulips and a few more carnations into the top of the arrangement. 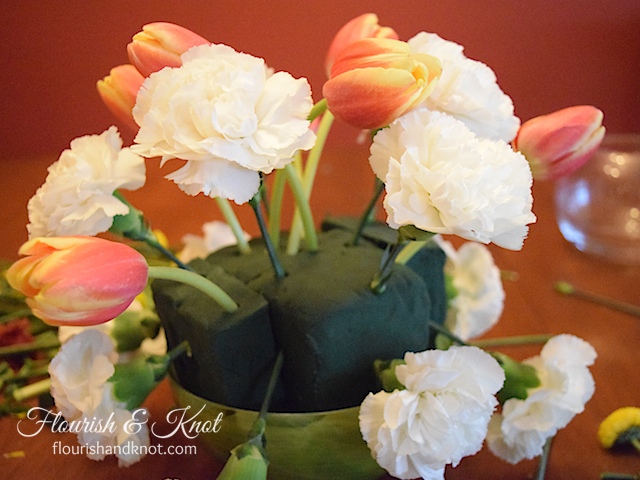 Finally, I decided that this arrangement had a plan of its own and I might as well just go along for the ride. 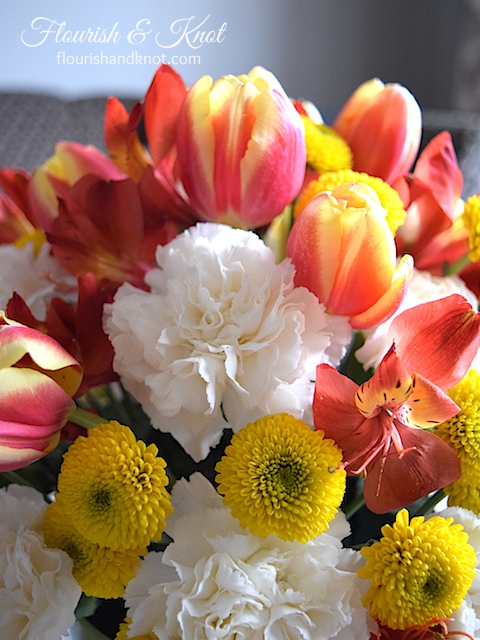 And it was the moment when I just let it go (no Frozen reference intended – we can talk about my deep loathing of recent Disney movies another time) that it all came together. I realized I’d been trying too hard, and just needed to enjoy the process. Sometimes, the pressures of the blogosphere push us to produce so much that we forget that we’re here to create. And to me, there is a world of difference between those two verbs. 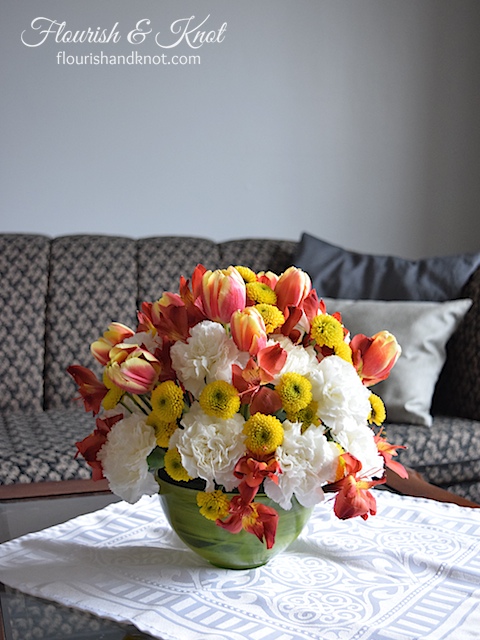 A lovely, if less-than-planned, result if I do say so myself! Sometimes we should celebrate the fact that something just makes us happy. Perfection can be sorely overrated. 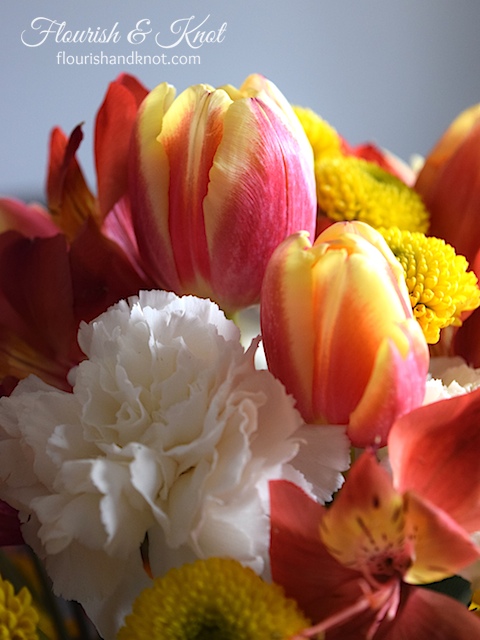 This would be a great and economical option for anyone pulling together a DIY wedding or event. This would make a pretty centrepiece (it might even be a bit large), and would have cost me about $30 to produce at full-price (remember that I purchased my flowers on sale at the grocery store). You could probably cut that down by half if you reduce the overall size of the arrangement.

*UPDATE* I thought it might be useful to include a cheat-sheet of sorts for this arrangement, in case you want to make one of your own. 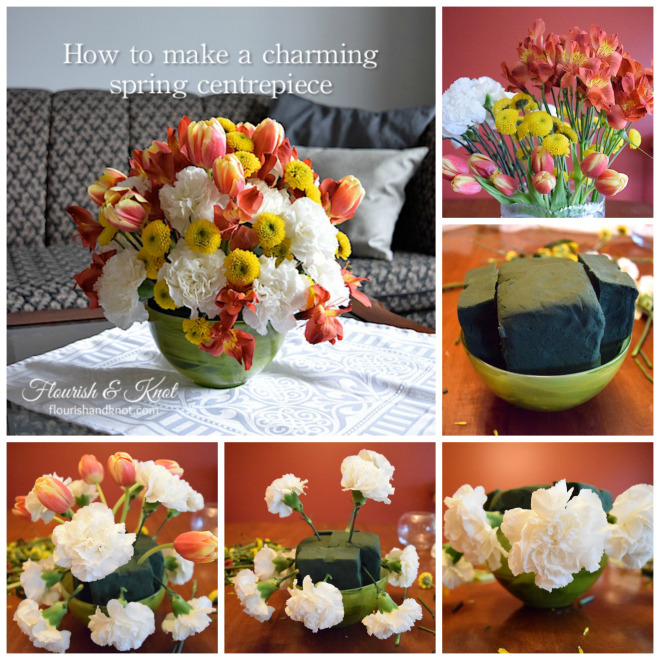 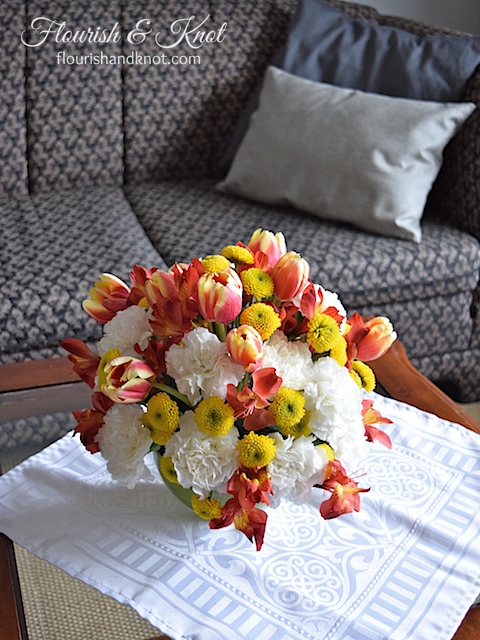 The world can be an uncertain place. Don’t let the little stuff get you down. Here’s to an imperfect but joyful ride! 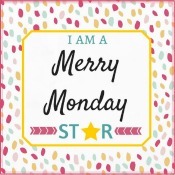