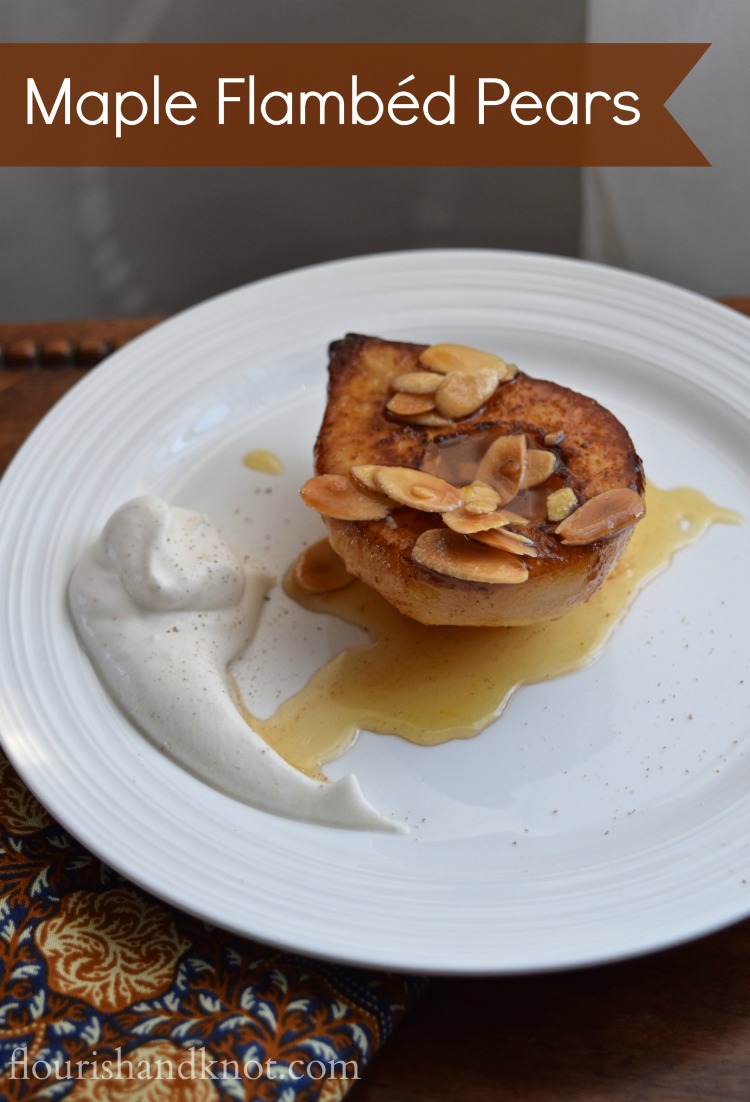 Here in Canada, maple syrup season is starting, which means plenty of sugary and delicious recipe ideas! Maple is, of course, synonymous with Canada (we do produce 85% of the world’s supply!), and it comes as no surprise that we love to cook with it. Maple is a flavour that has to walk the fine balance between “too sweet” and “just right”. I created these Maple Flambéd Pears with that in mind.

I’ll be the first to admit that my measurements for this recipe are somewhat… hazy. I came up with this recipe on the fly (between the grocery store and the kitchen) as the ending of a special meal, and I did measure things particularly carefully. Luckily, it is not a recipe that requires a great deal of fine measurement! 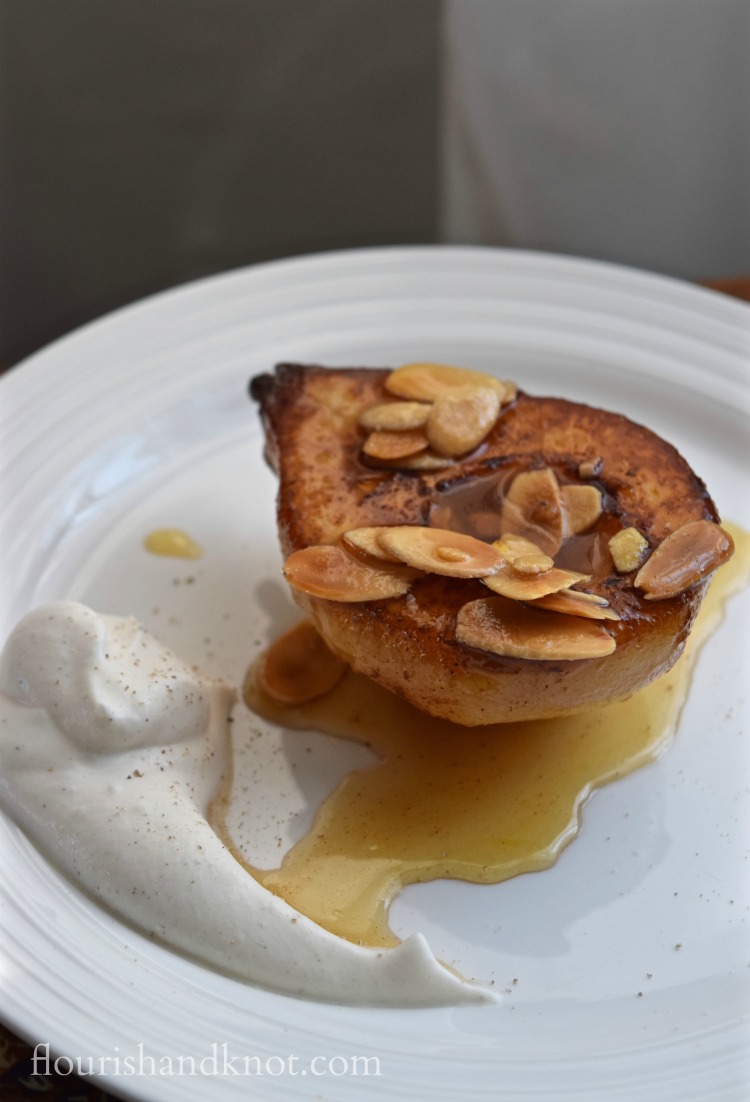 Totally easy and totally decadent. The caramelization of the pears helps to off-set the sweetness of the maple, and leaving your cream spiced but not too sweet also adds a touch of savoury to this dish. For anyone who isn’t five months pregnant :-), you can serve this with a late-harvest Riesling or Vidal, or even a cider. I would recommend a dessert wine that still has a touch of dryness to it, rather than an ultra-sweet option (like an ice wine). But if you have guests with major sweet teeth, by all means bring on the sugar!

Of course, feel free to pin and share this recipe as you wish – I hope it inspires you to give our Canadian liquid gold room in your pantry this spring. 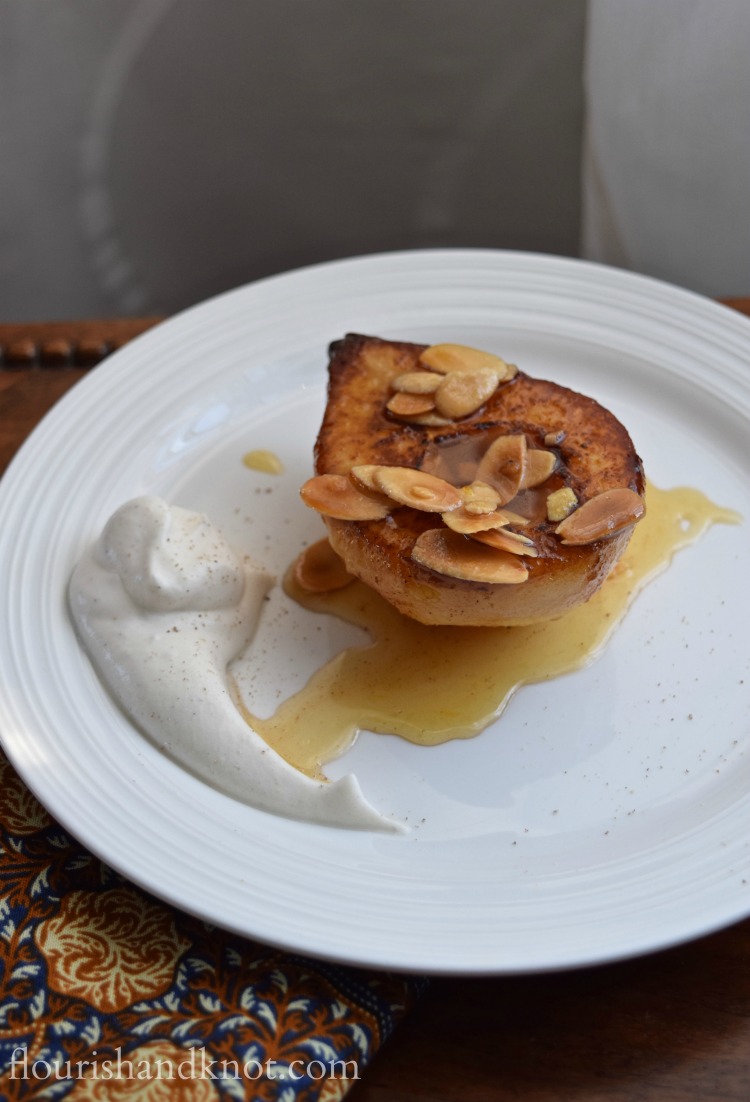 I’m so glad to be back to blogging with this post. I’ve really been in a pregnancy-exhaustion rut lately, but now that I’m 20 weeks along, I’m finally feeling my energy return somewhat! I’ll be back next week with a neat decor post, and I’m also participating in this month’s Create & Share Challenge. Lots to look forward to!

Have a wonderful week!

P.S. If you would like to know when I publish a new post, you can subscribe via email and have posts delivered straight to your inbox. I promise it won’t clutter things up! You can subscribe at the top of the sidebar. 🙂

I linked up at Fiesta Friday!